It all started after a Twitter user revealed what he does whenever he goes to an expensive hotel.

However, Simi’s mother also joined the conversation as she jokingly stated what she used to do whenever she visited am expensive hotel.

According to the singer’s mother, she had to carry a cream and lotion when she visited Eko Hotels some months back, she then complained about not taking towels and bedsheets despite the huge sum of money she paid at the hotel.

See the conversation below; 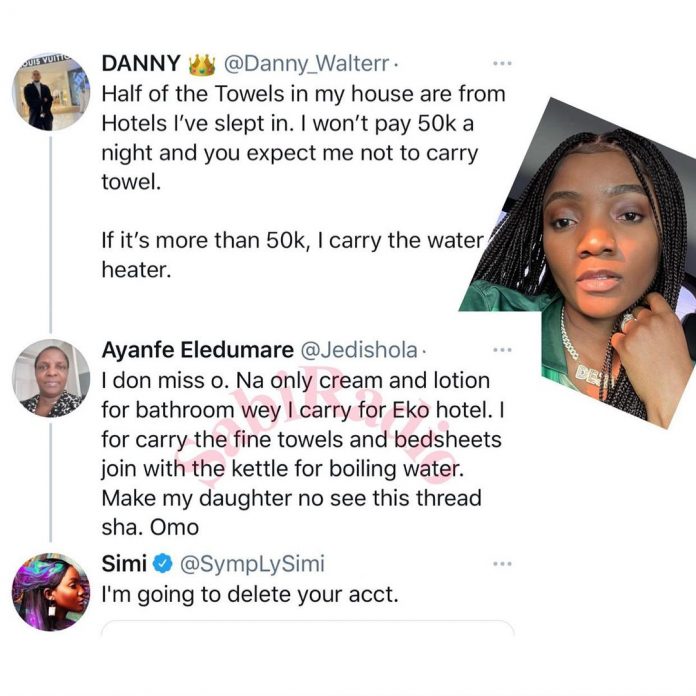 I will one day rule Nigeria, says Ruth Kadiri

‘My mother tried to abort me the day before I was born’, says James Brown

Do NOT follow this link or you will be banned from the site!